South Indian Movie are gaining huge popularity in the world day by day. At this journey SS RajaMouli is behind this. Undoubtedly, the south indian movie is improving day by day with the help of this director who has made some blockbuster movie. We got two blockbuster movie Magadheera and Bahubali in his hands. So, this time the famous director has come to us with his new movie title as RRR . However, a big news for you, the movie is going to be the biggest expenditure movie. In addition today i have appeared in front of you with some important news about upcoming action movie RRR. Lets start.

The movie RRR full meaning is Roudram Ranam Rudhiram which is a upcoming action movie starring JNR NTR, Ram Chara, Ajay Devgan. In this part i will index RRR Telugu movie 2020 in details.

Now we are going to share the full details in this movie. The movie is directed by SS Rajamouli and Produced by DVV Daryaan. Junior NTR and Ram Charan will play the leading role. Viewers are going to see them together in first time. Because of this the viewers are much more excited for this movie.

The movie first look motion poster has revealed on internet on March 25, 2020. On the poster you notice that JNR NTR and Ramcharan is performing good job. Especially Ram Charan Body has attracted all viewers heart. So, we are going to get a new blockbuster movie which is on the way.

It is one of the most expensive movies in south indian movie industry to released. But the production can not release the teaser of the movie. Due to Covid- 19 the movie teaser is delayed. However, if the overall situation in the country will good, the teaser will release soon.

This is an action movie. So, Ram Charan and NTR are playing the leading role. On the other hand, we see that Alia Bhat is playing heroine role. Now it is high time to see the full cast list of the movie. However , i want to declare that i have collected the information from Wikipedia. 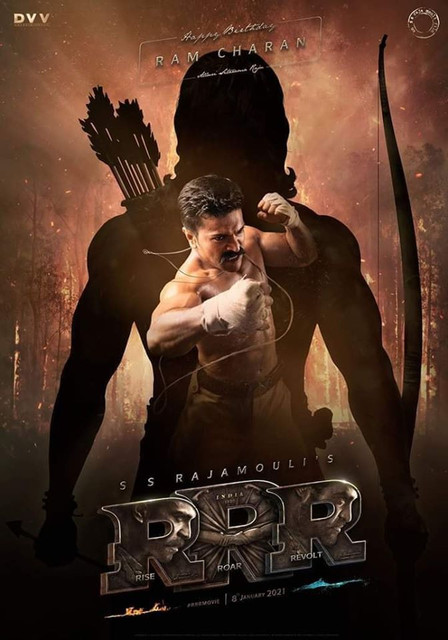 As always Rajamouli movie used some beautiful songs. So, this time the music and songs of this movie are also good. RRR Movie songs are composed M.M. Keeravaani. Therefore, he is the composer of the movie Bahabuli. In addition, you can guess that what type of songs are going to release. Since it is a pan indian movie, the songs will release in different languages.

Since it is a pan Indian movie, it will release all over in India. So, the movie is about the independence. The defeat of Nawab Sirajuddaula in 1957 was the beginning of British Rule in India which lasted about 200 years. However, there were many revolation held. The story of this movie is based on one of a revolution story in British India. So, those of us want to know about the history of India must watch the movie.

Final Word : So, you can enjoy my website. Because i always index all updates of Songs and movies. At last i suggest you to visit my website.