After the success of Dhaka Attack movie, the attraction of our country’s viewers towards Bangla Movie has changed. Therefore, the biggest success of the movie our viewers want to get another squeal part of this movie. For the purpose the team of Dhaka Attack is come back with the Squeal part of the movie. But the title of the movie has changed. As a result, the movie name is fixed as Mission Extreme. So, i will share some information of this movie. I ensure you that reading the article you will get a good idea about the movie.

Mission Extreme is an upcoming Bangla Movie. We will see the full Dhaka Attack team in this movie. So, we can say it that it is the second part of Dhaka Attack.

We have collected full information from Wikipedia. However, we have index some new information which is collected from the producer. So, you must see the table which i made for you. I hope that you have get a fresh information at a glance. 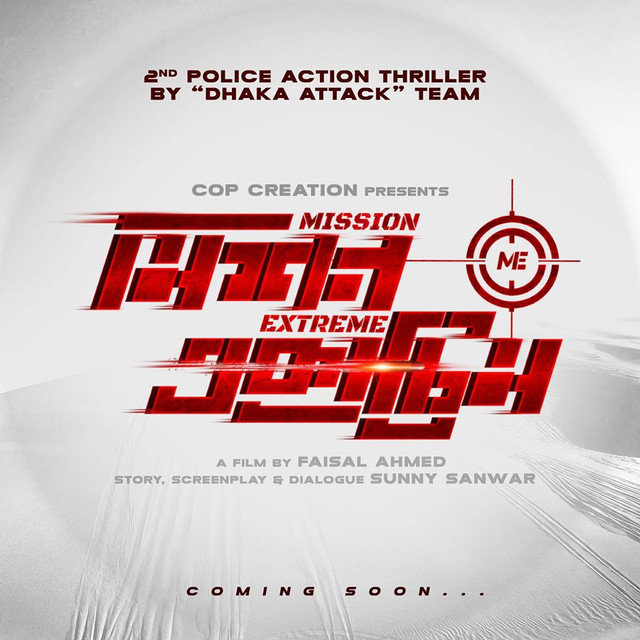 The movie is directed by Sunny Sanowar and Faisal Ahmed. After the success of Dhaka Attack Sunny Sanowar Decided that he will make a new movie with Arefin Shuvo. As a result we are going to get a new action movie.

Arefin Shuvo As a protagonist

Jannatul Ferdous As a Reporter

The movie trailer released on 12 March, 2020 on YouTube. However, you can see the movie teaser from here.

At first i want to say you the movie story is taken from Sunny Sanowar who is a Police Officer. In addition he wrote the story of this movie. Mission Extreme is an Action, Crime, Thriller movie. However, we will see the special police force in this movie. Arefin Shuvo is playing the leading role.

The Movie is inspired by the police counter-terrorism unit of Dhaka Metropolitan Police suffocating operation. The teaser of the movie has released on YouTube. So, we noticed that various operations in different location has added in this movie. As a result, we hope that we are going to get a very good action movie. If we tell the full story of the movie now, you will not interest in seeing the movie. Therefore, you must watch the movie going to cinema hall.

Dhaka Attack all songs are joyed the audience heart. So, the producer is also trying to give a good soundtrack with some melodious songs. Therefore , they included 4 songs for this movie. Adit is the main composer of this movie. But we hope that we will see Arindom Chatterjee as a guest composer. Now see the table to get the song list of Mission Extreme Movie 2020.

Though we have not get the exact song title, we will add song name shortly. So, we will also add Mission Extreme Song lyrics.

Final Words : At last i want to inform you that we decorate the website very carefully. So, we always try to share latest songs and movie in our website. As a result, you can get all the updates of upcoming movie songs, lyrics here.