Laxmmi Bomb is an upcoming action, horror and thriller Bollywood movie. So, Akshay Kumar will see as the main character in this movie. So, it is a good news for Akshay Kumar Fans. The movie is going to release as a remake of South Indian Movie Kanchana. However, if you like to watch South Movie as well as Akshay Kumar Fans, this article for you. Because i am going to discuss about Laxmmi Bomb Movie 2020. Lets start. 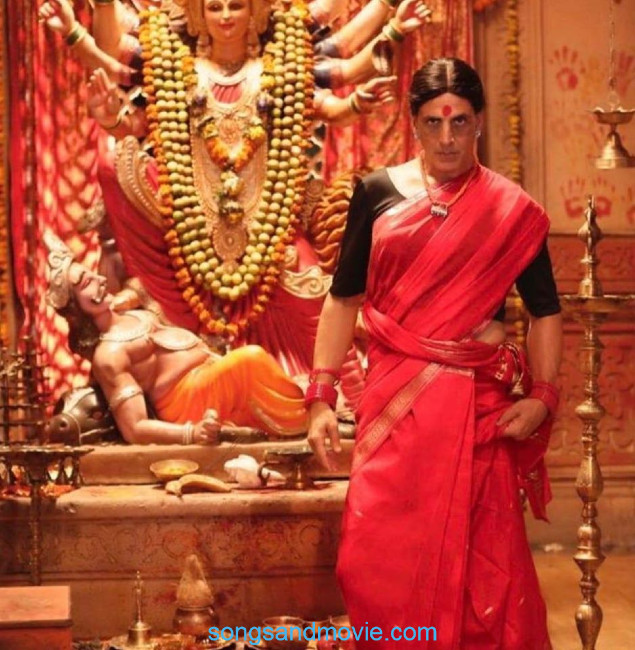 First of all let me say that a lot of people contribute to making a movie. So, whenever we watch a movie, we must know the full information. So for your convenience we present the full details of this movie.

The movie is directed by Raghava Lawrence who is a south Indian Director. So, it is his Hindi Directional Debut Movie. Beside the movie is produced by Aruna Bhatia. Laxmmi Bomb Movie will release all over India in Hindi language on 5 June, 2020.

Those of you who watch Akshay Kumar Movie must know that Akshay Kumar is the one actor who can express every character. However, we will see him playing a completely different chacter in Laxmmi Bomb Movie that we have never seen. Akshay Kumar has played a transgender character in this movie.

The Movie poster has revealed now on Internet. In addition i have added the poster of this movie. 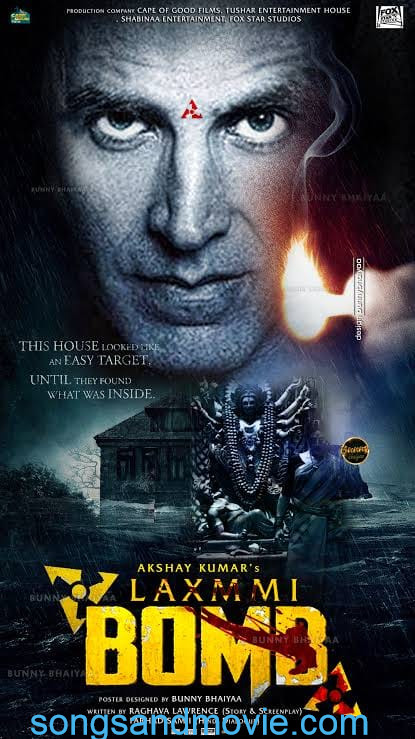 The Laxmmi Bomb team has declared that the movie shooting has completed. So, they are ready to release the movie. But it is a matter of sorrow that due to Corona Virus all movie activities has stopped. So, the trailer of this movie has not released now. But we guess that the trailer will reveal soon.

I have already mentioned it that the movie is a remake movie of Kanchana. Those of you who have seen Kanchana Movie may have got an idea about this movie story. But for those who have not seen the movie, they may not know the story. In addition i have present Laxmmi Bomb Movie Story.

Raghav is a jobless man who usually loves to play cricket with the boys in his area during his leisure time and hang out with friends. But he is so scared of ghosts that he takes her mother to her bathroom. So, one day he leaves home to play cricket but their playground has changed. So, they go in front of an old house to play cricket. When he put down the stumps, the stumps takes a push with Kancana Eyes. Suddenly the weather turned horrible. So, he leaves the place and reach the home with fear. Thus the horror story begins.

Though them various kinds of ghostly activities happen in their house so that they become more scared. At one stage they can see that Ghosts souls is inside heroine body. So, they go to a priest house to save from the ghost.

Akshay Kumar Movie means the songs must be good. In addition the team has included two famous music director for this movie. Lets check the full details of Music and Songs.

We have got some information from various news that the movie may be released online. But The Laxmmi Bomb Team want to release the movie on theater for their fans. Now we have to wait for final announcement. So, if we get any information about this, we will try to share it.

When will Laxmi Bomb Movie Release ?

Ans : Laxmi Bomb Movie will release very soon probably after the lock down.

Ans : Most probably the Laxmi Bomb team will release the movie online if the situation will not control.

Recommended Post For You Radhe Your Most Wanted Bhai